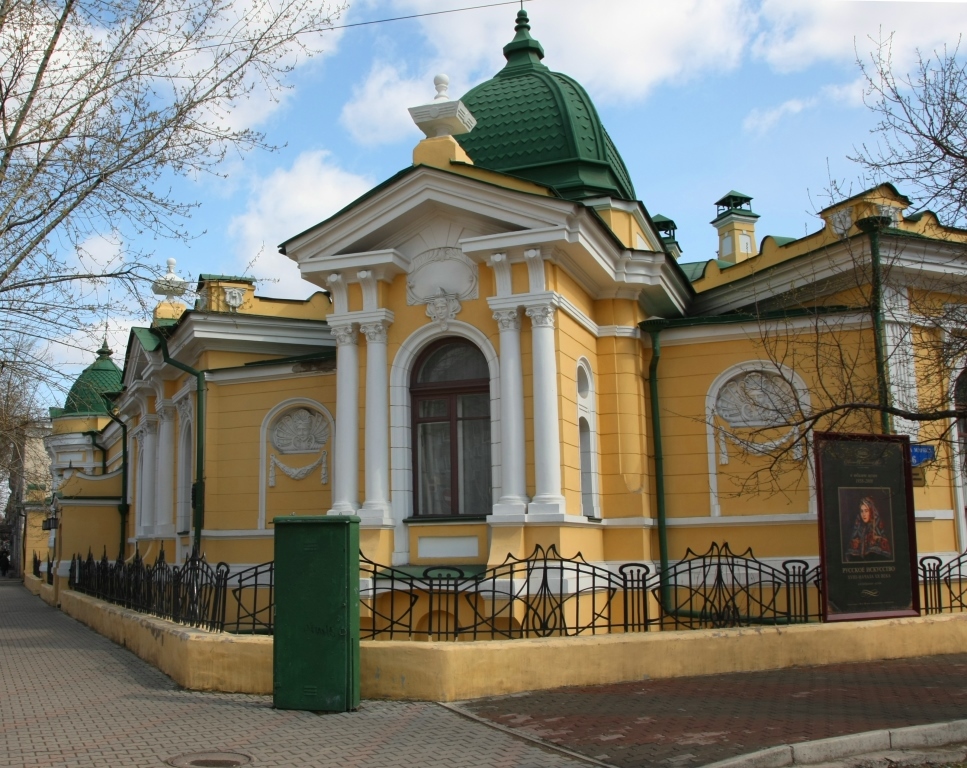 Krasnoyarsk Art Museum named after VI Surikov was founded in 1957. The museum is housed in three buildings and their collections contain works of Russian art XVIII - XXI centuries., And Western European decorative arts. The collection of works of Vasily Surikov, a member of the Association of the Wanderers, is a gem of the museum collection. Especially valuable are the unique patterns of the late Siberian icons, works by artists of the Krasnoyarsk Territory and the works of Russian avant-garde (including Kazimir Malevich and Wassily Kandinsky).

Business Card museum - mansion, built in the early twentieth century by the architect VA Sokolovsky. The house was built as a guest for VN Gadalova - wife of prominent Krasnoyarsk merchant and philanthropist. In this house we stayed high-ranking officials and prominent public figures, among them the Norwegian explorer Fridtjof Nansen and traveler. Today the building is a cultural heritage site, a monument of architecture of the modern era, in which the exposition of Russian art.